What does Tai Chi and Chinese Medicine have to do with self confidence and the ability to let go of false beliefs?

Jon Price recently sent Inspire Daily an email telling us a little bit about his journey along with some insights into Tai Chi and Chinese Medicine.

In this article he discusses and explains how all of this and more has enabled him to develop himself on a very personal level.

Here I am writing about martial arts and I don’t even practise any of the hard physical arts.  I haven’t for some time.

I used to. I felt strong. I had speed and good technique and I wanted to test and expand my skills.  This was the 90s when it was becoming apparent that grappling was essential, we could no longer consider ourselves safe training one range and many falsehoods were being exposed. Just beginning to explore all of this brought me a sense of security and a something you might call courage. The more I trained the safer I felt.

Then I acquired an injury to my wrist just after gaining my first black sash. One that didn’t go away. A complication to an undetected break that occurred in childhood seriously compromised my training.  This compromise didn’t disappear, but grew. What I could do without further damaging myself began to dwindle and so did my security and courage. I began to lose the physical armour that I had made it my life’s mission to accumulate.  There was no choice in how it was all going for me physically despite many subsequent years training around the problem.  Don’t get me wrong: I wasn’t world class, but this was my life. I placed 1st in national competitions, I had clubs and was respected in my own classes as I lived my art and trained it with a growing eye on realistic self-protection.  Looking back I was a big fish in a small pond and that was also a false security in itself.

I continued to train but out of necessity and limitation I redirected myself away from teaching and became an acupuncturist, and thirteen years ago began Tai Chi.

My Tai Chi wasn’t overtly martial in its training

Tai Chi gave me the chance to practise a discipline and work with a partner developing physical skills. The need for armour didn’t go away though and over the course of years I dropped into low places many times as the body I was strongly invested in didn’t do what I wanted it to do.  Literally my hand didn’t make the shapes or movements that it once could.  The muscles, skills and tactics I wanted within the martial arts were always just out of my grasp and were weakening. This led to great feelings of insecurity and inadequacy despite training as best I could.

However, something else was happening within. The pain and depression had led me to seeking other ways of being and understanding. The view of life that Tai Chi and Chinese medicine held were quite different to the attitude I had developed through hard physical practice.  They considered much more the interaction between our outer world and our inner experience. This highlighted the external ego-driven view I had been holding and what I was using to feed it. This new view and new muscle, if you like, was weak but was developing.

What I was becoming engaged with was a way of standing without armour and still having courage. Not an easy task.  It still isn’t. I have found, though, for me Tai Chi is the best foundation for this very honest exploration. I have found it has allowed me to explore this standing on many levels.  On the physical level this is from a different angle than most arts.  It is from the inside. This is a training that emphasises release, alignment and awareness.  My experience seems to show that practicing in this way means compassion is also developed. In part this is because the practice is about developing the mind not only to direct but feel the state of the body moment by moment in order to realign and release. This allows access to a way of living that isn’t as defensive when something difficult comes along.  It gives me the chance to be less disturbed and much less reactive. In training these principles of aligning, relaxing and yielding we might work with a push or a punch. Only with diligent training and great mastery would Tai Chi be helpful on a combat level so I am not deluding myself that working with a Tai Chi partner and practising the form translates directly to a life and death situation where defending myself would be necessary. There are some out there that have great Tai Chi skill and are competent in that arena but for me training in this art serves as a way of cultivating a more authentic version of myself. Cultivating the skills that readily lend themselves to the rest of my life is where the benefits really lie for me (when I rest in acceptance).  Tai Chi has extreme practical value in the way I now view and work at living my life.

In essence it is a perfect tool for defence against the self and all of those parts of me that serve no purpose but to further disturb and imbalance me.  It also serves as a physical balance to the long years of hard training that came before it by working at softening any brittleness and stiffness in the body and aligning the structure, especially the spine.  Its biggest impact though is the constant reminder to turn and face life’s pressures with aligned relaxation as only then can we respond in an authentic way.

I look back and see the hard physical skills were all I was.  A shell of techniques with nothing developed on the inside.  The physical armour covered up something empty and fearful.  I realise now I wasn’t insecure because I was losing my ability to train how I wanted.  I was already insecure and scared and the physical was my way of covering it up.  I even enjoyed being that big fish in a little pond for a while as it afforded some temporary security before any attempt at raising my game.

I have come to realise “who I am not” through this journey, and for that I am grateful because I can now see more clearly who I am.  I was certainly feeding an imbalance through the hard training and reinforced it strongly.  The internal arts have been a way of unpicking and dissolving this and allowing access to “the me” that stands upright despite weakness and imperfection.  I must add here, I know plenty of martial artists who are well rounded and balanced.  You could say they are practising from the right place.  Or rather the part of them that is practising is the authentic them and their training feeds that.  What ever you do, martial arts, climb mountains, play music or write books if you are looking for balance and to be well rounded, my own experience prompts me to encourage you to ask:

Who in you is doing the practice and what part of you is your practice feeding?

Out of the Darkness: From Turmoil to Transformation

Keepers of the Soul: The Five Guardian Elements of Acupuncture 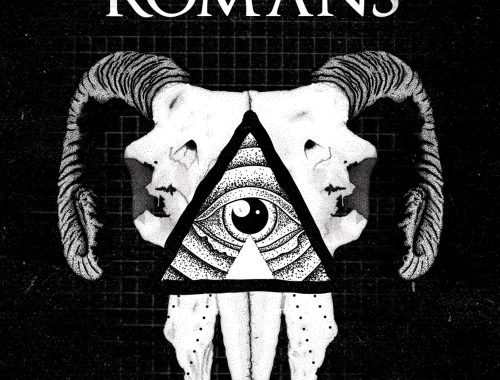