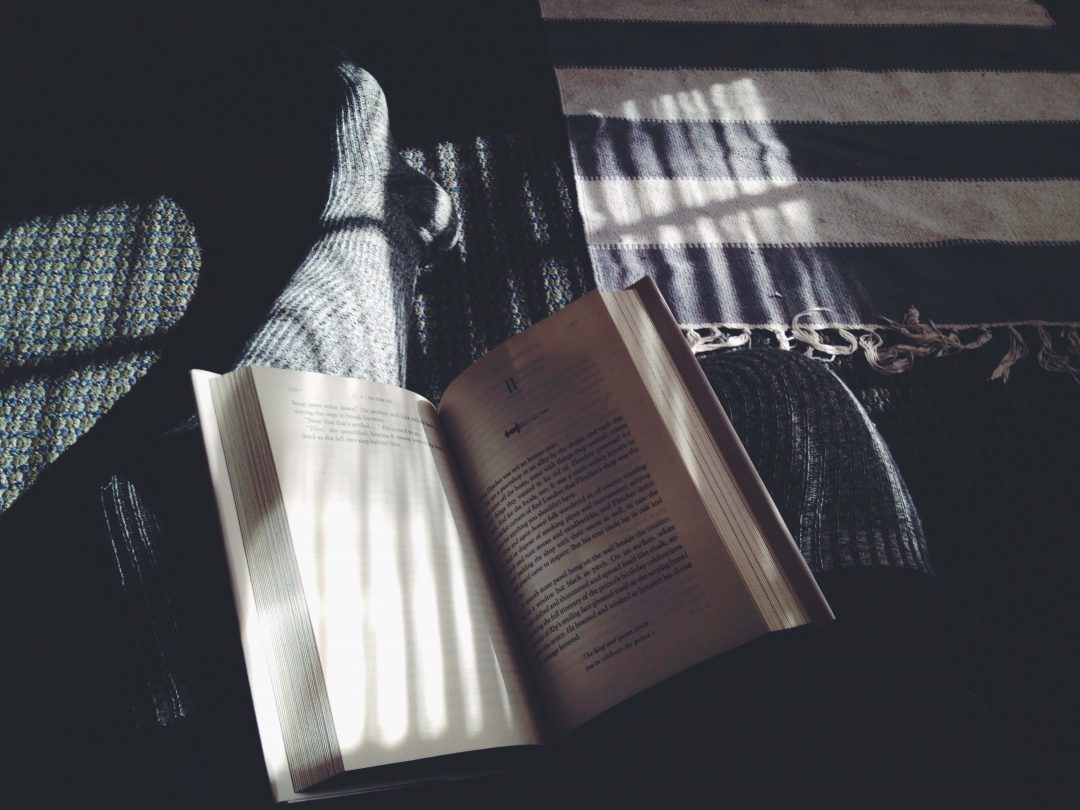 Is there a purpose to reading? Is it just a hobby or is it a fundamental right of all that have the ability? Maleeha Jaffery discusses her everything from her love of libraries to the art of the graphic novel.

“Don’t be satisfied with stories, how things have gone for others.
Unfold your own myth.” – Rumi

Growing up, my local library was my private sanctuary.

The silence. The stillness. And of course the books…

I recently set foot back in the library of my childhood after an interval of 25 years and felt an overwhelming sense of coming home. Yes it had changed, less personal service and more automated systems, less books in fact and more computers. Having worked in local government for years, in education and youth offending services, it saddens me that two immediate casualties of the austerity agenda are libraries and youth services. Maybe it was time for a significant reimagining of what these spaces could be used for…

Nowadays it doesn’t matter where I am or who is around, as long as there is light, I can read. It gets me through my daily commute on London Underground in the height of rush hour, as well as through the longer, more arduous journeys. Yes, there are delays, signal problems, tangled tracks, leaves on the lines and the need to ‘regulate the service’ (what does that mean…?) but as long as I have some reading material, none of this affects me unduly.

But where lies the value of reading?

There have always been hierarchies of what is valuable reading material, namely, works of scripture, the spiritual tomes and the accepted cannons of world literature and poetry. As a former English secondary school teacher, I would have subscribed to this myself. I do sometimes find myself reappraising my former viewpoints however…

I was at an exhibition of female artists at the House of Illustration recently, and as well as the works I saw a fascinating documentary about how graphic novels had undergone an evolution and become much more accepted as works of art in their own right. One interview revealed a prominent artist/writer describing how the format naturally leant itself to individual and non-linear forms of reading. What do you do first? Look at the images, or read the text in the panels, or in the bubbles maybe, and then in what order? Whether there is text or not is also immaterial. The images are there to be read, not just looked at. There are also no creative constraints, as there may be in the technical side of producing, say films.

The only constraints exist in the artist/writer imagination.

There’s a saying that the value of a society lies in how it treats both its most vulnerable members and those who transgress its rules (and for me the two groups may not be mutually exclusive). If this is so, what did the recent attempted ban on prisoners receiving books have to tell us?

Well firstly, it told us about how much power we wield through the written word, in both its production and its access. Reading is not just how we access ideas and alternative worlds and viewpoints but the very soul of another human being. I recently read about the psychological impact on prisoners being kept in solitary confinement for prolonged periods of time and 7 strategies that psychologists found that they would rely on to sustain them. The least accessible and rarest, but also the most potent was given the psychological term ‘reinterpretation’ and involved the adoption of an often political or spiritual frame of reference. Now silence and solitude are very necessary elements of being human for many of us. I have fallen back on these on many occasions as a refuge from harm, as well as being preconditions for reading. But these have been self-imposed exiles with the freedom to emerge at a time of my choosing. A very different situation. Those prisoners who were literate (and this excludes many) found solace and strength in access to reading materials. Having taught in the criminal justice system, the powers that be could do with reminding that in our imperfect current system people are still incarcerated as punishment, not for punishment.

Reading is a fundamental human right.

It provides contact with these other souls, which is even more vital for those in solitary.

Reading has had a significant history of being seen as transgressive, dangerous even. I attended a talk at the Wellcome Collection recently entitled ‘Can reading make you ill?’ It was a historical tour of all the reasons why access to certain material had been considered unacceptable throughout the ages, particularly in the hands of certain people (women and so called ‘uneducated’ masses in particular) and why certain languages were seen as more dangerous than others. So these are not new ideas. As an aside, the Reading Room in the Wellcome Collection is one of my favourite spaces. Quirky and magical, seamlessly blending art with science and the solitary with the participatory, I recommend it to all. Their site says it best “an open invitation to dig a little deeper into what it means to be human.”

There has also been the recent emergence of ‘bibliotherapy’ or the use of books to ameliorate the symptoms of various traumatic life events. I heard a case of a GP who in the first instance would prescribe poetry (not medication) for his patients who presented with certain conditions. Anyone who knows me, knows that I will always reach for the works of the mystic Sufi poet Rumi to deal with my demons and find the words that I need, as and when I need them, but again, our individual prescriptions are very personal. If only I understood the original verses in Persian I used to think…but the power still seems to resonate in the English translations. Being able to privilege the language of the receiver, rather than the original makes translation a rare skill, that many polyglots are unable to master. There is something very special about reading the form of poetry however. A form that should be heard as well as read. Samuel Taylor Coleridge for me expresses it best:

Kubla Khan is a masterpiece, if anything more were needed.

One of the first books that I picked up as teenager from my local library was The New York Trilogy by Paul Auster. It was the first time I had read a book that was undeniably non-linear in its narrative structure and an example of metafiction – where the text actively forces you to confront that you are reading a work of fiction, by drawing your attention to the whole process of reading. I was entranced, as the lines between fiction and reality in the text became blurred. Incidentally, many years later I discovered that one of the books in the trilogy had been reissued as a graphic novel and this prompted me to rediscover the text, as an adult. My relationship with the written text has again evolved, much more recently, with the realisation that scripture can be found everywhere.

I came across an article about the use of typography, written by Sarah Hyndman, a graphic designer and signage maker and writer of Why Fonts Matter. It explored how the street signs she was asked to create for very diverse companies were a pure reflection of each personality, to quote “I realised that every high street is a conversation, and that the lettering and typefaces combine to give a street its own individual dialect.”

A podcast on Radio Headspace I heard the other night explained further. ‘How to Live in The City’ was an interview with a writer originally from an island off the North West coast of Scotland who described his initial sense of disconnection after moving to London. He describes how street signage has a great impact on how we read our cities and visiting cities where the signage is so alien and we can only guess at what it says can leave us feeling lost, but can be thrilling too. Cities such as New York have straightforward imperatives such as WALK or DON’T WALK and are ‘graphic, filmic, considered and constant’.

You know when to move and when not to.

You know where you stand.

Coming back to libraries, an anonymous journal by a homeless man serialised in The Big Issue recently, as well as a detailed piece by a former police officer who found himself on the street through spiralling circumstances, were both revealed to have been written in local libraries, by day. The ultimate safe spaces, where you can stay and browse and read and write and ponder and wonder for as long as you need. No one questions you or asks you to move on, before you are ready. No one asks you to commit to any one book, but where all the learning is at your fingertips, should you ever need this.

It interests me how the function of libraries is having to evolve over time. I’m in the very early stages of developing my local library to run a programme of activities after hours, courses, arts events and film screenings for starters. Local youth services and a radio station are already onsite. Yes learning can begin with books and be supplemented by them at any time, they can enable us to access others’ internal worlds and mindscapes and gateways to freedom, but the real reading for me always comes from my own, lived experiences.

And I think the humble graphic novel deserves a re-reading.

We’ve teamed up with audible to offer you a free audiobook when you sign up. 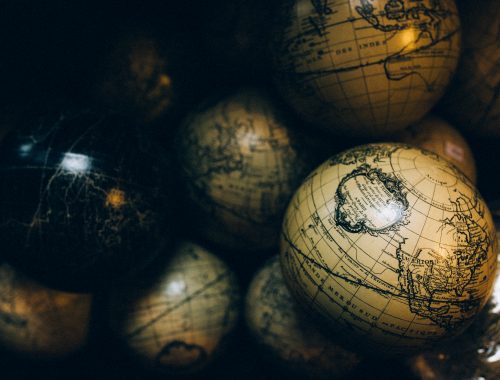 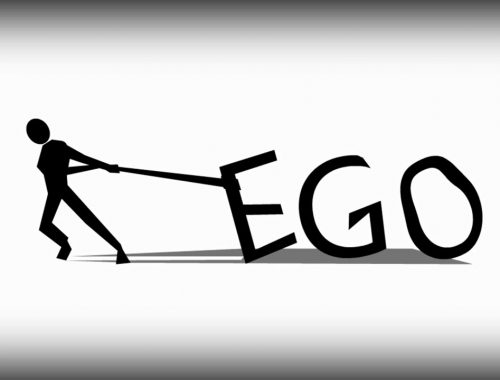