In life we are often faced with situation where we must choose to either forgive a misdeed or hold onto it.

Many of the spiritually astute would say that to forgive would be the ideal choice. This is often easier said than done.

Holding on to anger is like grasping a hot coal with the intent of throwing it at someone else; you are the one who gets burned.

What does it take to forgive?

Ian Davies contacted us recently with a beautiful article that dealt with exactly this question. How can I forgive people when I feel they have wronged me.

In this article Ian speaks honestly about his quest to forgive. The inventory he had to perform on himself in order to get to a point where he could forgive.

What do you do to get to the point where you can forgive? Let us know in the comments at the bottom of the page.

I began this article as a result of a situation at work. A number of my colleagues had left me sitting in a pool of jealousy, blame, judgement and anger. Their behaviour ignited an emotional fire in me that I had not experienced for some time.

Coupled with this I was sat in recrimination and self-loathing at my own behaviour towards my colleagues. I had created a negative internal dialogue about them (like my very own Orwellian thought police) which affected my emotions and my home life with my partner. This was all due to the relationship insecurities that had surfaced as a result of my work situation.

As you can imagine this led to two turmoil filled weeks. It ended when whilst seeking spiritual enlightenment from a teacher within a great book.

I came upon this line from the Bible:

At first glance this line spoke of the lack of awareness from the human race regarding their own sin. It pleaded that their sin be forgiven, as it was not committed with the intention of offending God. It was committed out of ignorance as to the impact that their actions would have.

Now if you step away from the dogma of religion and look at this as advice on how to deal with emotional hurt or offence (as I did) it becomes a true lesson from a true teacher.

On reading the quote I immediately snapped the book shut and applied this lesson to my colleague’s behaviour over the past two weeks. I took an inventory of their intent to hurt me, of their knowledge as to the affect their behaviour would have on me … I found none.

How could they know that their openness and honesty in their relationships, their ability to argue and repair almost at will and without apparent effort or fear, would make me jealous and angry?

How could they know that this is because I cannot even be open and honest with the woman I love about my aspirations for my life and my place in the world?

The child in me still believes she will think me an idiot and laugh at me, and that I will appear lesser in her eyes. How could they know that I think she will leave me because I still think I am worthless and un-lovable? How could they know that I am afraid to tell people that I care about how they make me feel? I can’t because the child in me still believes the people he cares about will abandon him if he upsets them.

So I ask myself (with a self deprecating smile):

How can I sit in anger, blame, judgement and jealousy of anyone when in fact, the fault lies with me?

More precisely it is my faulty perceptions about other people that I have failed to control on this occasion. Instead I chose to listen to and engage them.

Next I applied this lesson when thinking about my partner. I questioned the tension that had been between us for those two weeks. The things I thought she had said and done to provoke me … to get at me. Again I started with an inventory of her actions looking for intent and knowledge of the effect she had … Again I found none.

How can I sit in blame and anger when the issue lies with my faulty perceptions of other people?

So I acknowledged that my colleagues and my partner did not intend to hurt my feelings or reignite my insecurities. I accepted that they had no knowledge of the effect their actions would have on me andI returned to the lesson … I forgave them.

Firstly this allowed the negative emotions to dissolve. I understood that they did not know what they had done and that I know now why I reacted the way I did. Secondly, and arguable most importantly, I know the areas of myself (the faulty perceptions) that need to be brought to light. The parts that need to be exposed and challenged but not engaged.

I would encourage anyone who is sat in anger, blame, judgement, jealousy, recrimination, self loathing or any other caustic, negative emotions due to other peoples or their own behaviour to carry out the following inventory:

I would encourage you to do this as it may mean you can dissolve the caustic negativity you are feeling. Hopefully it will help to improve your relationship with those who have affected you and learn about the areas of your own personal development that need to be developed. If it works then eventually you won’t have to sit in such caustic negativity.

I would encourage you to ‘Forgive them for they know not what they do’. 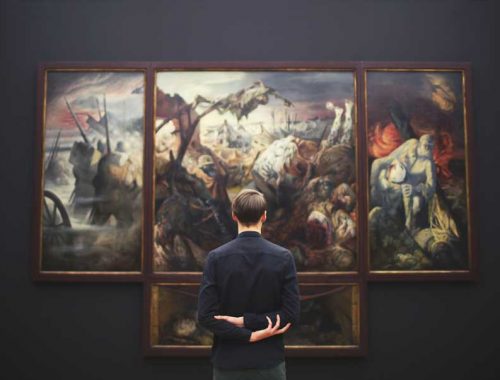