What story does your body tell?

Noel’s body tells a different story from most. After a violent attack 25 years ago, his body has some marks that tell a story of horrific violence. All of your bodies have some kind of story to tell and in this post, Noel tells his story and the effects that his ever changing body has had on his life.

When I get out of the shower, or take off my shirt and look in the mirror, often something catches my eye: A white scar on my ribs, under my left arm. I see it and I remember how I got it. I am instantly taken back to the night it happened: That night 25 years ago when I was a victim of a horrible crime. I was robbed at knife point by three men and stabbed four times.

The scar on my ribs, under the arm is always the one I notice first, because it is the only one in the upper body. The other three: one in my left hip and two in the right leg, I don’t notice as much. Sometimes I forget about them entirely. Of the scars in the lower body, the one in my upper right thigh is the most prominent. There is a now slight indentation where the muscle healed a little strangely. The indentation is roughly the width of the blade that was used. It is a little smaller now.

I have watched my body change as the years have passed.

Every morning, out of the shower, like a time lapse film, I have seen it change before my eyes. The scars have stayed though, and they always take me back to that night. I don’t have flashbacks perse’ but I do remember it. I remember what happened. Now it has been so long, and I am so different it is almost as if it happened to someone else. The scars remind me though. As I run my fingers over the scar on my ribs, I am always surprised that it is quite smooth, because I remember when it was bumpy with a big somewhat strange looking and large stitch keeping it together. You can still see the holes for the stitch as well. Since it is in an area where there is not much fat (over the upper ribs under the arm) it seems that the scar has remained virtually the same, whereas the one on my hip has morphed into different shapes and is now virtually a swirl of middle age flesh on my hip.

I always go back to the one in my leg: the upper right thigh. I run my hand and fingers over the indentation in the muscle. I am glad that it has lessened over the years. There was a time that it was really disturbingly large and unsightly. It was a red scar that was very visible. When I was changing in a public setting, like a locker room: “What is that?” someone would ask sometimes. Not too often, but sometimes. I didn’t want to tell them and deal with all that comes after: “You know what I would have done?” And all of the other suggestions that people tend to offer when they don’t know much about a subject.

As I look up towards the upper body again, at my right collar bone, I can see the peculiar pointed, angular position of the bone. The bone was set after being broken in a martial arts class. It was a class for black belts and I was being used for a demonstration of a technique and it went wrong, or right, depending on how you look at it. I took martial arts after the incident to deal with the post-traumatic stress. I wound up loving martial arts and I am a martial arts teacher today. I couldn’t believe the pain when I broke that collarbone, or clavicle as it is correctly called, but it was nothing compared to what I felt when the Grand Master set it.

He was an older man in his 70’s. He set it old-school. I was sitting on a stool trying to recuperate for the ride home while the class still went on. “Hmm.” He said to himself loud enough for me to hear, as he looked at my shoulder rather studiously. He had come up from behind me and I hadn’t noticed until he walked around beside me. “Look over there.” He said, and pointed away from the broken bone. I turned my head away from my shoulder to where he was pointing, and I soon felt the most excruciating pain. He reached in with his fingers and pulled the broken bones apart, setting the broken pieces so that they would face each other and heal properly. I thought I was going to pass out. My friend jokingly told me that he heard me screaming like a little girl and wondered what the fuss was about.

The Grand Master told me he set it because doctors don’t set them anymore, and it would look funny if he didn’t. I will always be grateful to him for that. It healed better than if he had not set it. I look at the experience now as having a memento of the Grand Master as a part of me. The angular pyramid-like point on my body is a monument to how far I was willing to go to change how I felt about myself.

As I run my hand over the point I am always shocked by how pointy it is. When my son was a baby, I had to be careful when he rested his head on my shoulder, so that he wouldn’t get hurt on the pointy bone. He hit his head once and he cried and I felt bad about it, so I was always more careful after that. In the cold damp weather it sometimes aches a bit.

I heard the story about “The guy who got his collarbone broke” repeated to me once.

The story was much better than the truth. I think that they usually are. I hated to tell him the truth, but we were good friends, so I did. In the future if someone makes up something really great about me, I won’t enlighten them a bit.

The body reminds my mind and spirit of the past. It does not dictate the future though. Looking at my body reminds me that often the things that happen to us and impact us the most are rarely anticipated. How we handle change whether it is circumstances that make us physically ill, or things that damage our souls, or bring us joy, what is left behind is a memory. I am not the same person that I was all those years ago. In almost every way I have changed but when I see my body in the mirror: I remember the moments that made their marks. 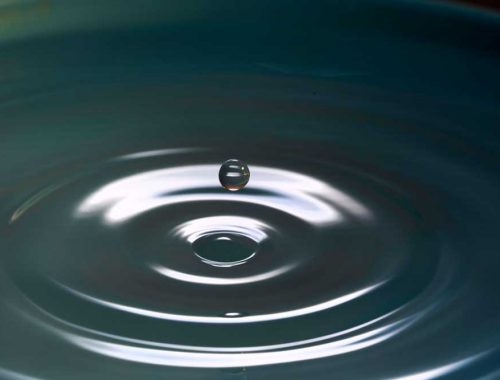